🐶Doge goes from Pawsome to PoWsome

Woah! The weekend is already over, and we are still hung up on the awesomeness of the Merge. Btw, we think it was by far the best crypto event of the year. What say?

The market is as volatile as a Tsunami 🌊

​​The broader crypto market is down by 4.22% at release, with the big players like BTC, ETH, and BNB in red. Today’s dip takes Ether’s weekly correction close to 23.98%— which seems anticlimatic considering the successful merge.

The overall crypto market is currently valued at $932.02 billion. Bitcoin dominance has shot up over the past few days to settle at 39.92% at release. Ethereum’s market dominance has dropped after the PoS transition, and the native token is currently steady at 17.63%. If you are a trader/investor, we recommend caution and DYOR, especially with the Fed interest hikes expected on 21 September 2022.

🐶Doge got PoW-moted, but that’s not all…👐

Yeah, we all know that 🙄. But who took its place as the second largest PoW crypto?

Guess who? Who? Well, it’s none other than the memecoin king — Dogecoin 🐶!

With Ethereum chucked off the PoW list, Dogecoin moved up the ladder to become the biggest PoW altcoin by market cap after Bitcoin 🎉 . Yeah, that’s great news, but don’t call for a party yet, coz there is a whole other issue brewing for PoW-based networks.

Many environmental activists started protesting against the energy-intensive Proof of Work model. Sometime during March this year, they even started a digital ad campaign to move Bitcoin’s code away from PoW to PoS.

The Ethereum Merge’s success only made this stronger. After the Merge, activists set out to spend another $1 million on online ads to pressure the Bitcoin community to change the network’s code. 😮

Not only that, even the White House, a.k.a the US President’s office, seems to be unhappy with the energy impact of mining. Its latest report said that it would research mining’s environmental impact and try to set established standards for the industry’s impact on the environment. If these standards don’t help, they may consider limiting or eliminating crypto mining. 😳

Anyway, Dogecoin better enjoy its status as the second largest PoW crypto because it may change soon. Not because there is pressure from activists and the White House but because ETH-man Vitalik recommended it.

Psst… did you know that Vitalik Buterin is an advisor in the Dogecoin foundation?

In 2021, the Dogecoin Foundation hinted that it was considering switching from PoW to PoS. It even released a trail map that Dogecoin is working with Vitalik on building a PoS version. According to the timeline, Doge’s transition from PoW to PoS should happen sometime in 2022, but we have not gotten wind of anything yet. Have you?

What’s on the news today? 📻

Soon after the Ethereum Merge was successfully executed, the Ethereum proof-of-work chain went live with its mainnet. However, ETHPoW didn’t have a smooth start, unlike its PoS counterpart. Read more.

💭An NFT to mark the final PoW Ethereum block

Crypto enthusiasts ensured that the final Ethereum PoW block mined before the transition to the PoS chain didn’t go unrecorded. The NFT, called “The Last POW Block,” was minted at $50,000. Read more.

Russian Prime Minister Mikhail Mishustin has urged the country’s central bank and finance ministry to agree on a vision to develop the country’s digital asset market by 1 December. Read more.

From the funniest memes to Ethereum’s price chart analysis, catch our Editor-in-Chief Ankit Vengurlekar and a panel comprising industry expert Pareen Lathia, Co-Founder, Buidlers Tribe, and our editorial team as they carry out a post mortem of the Merge. 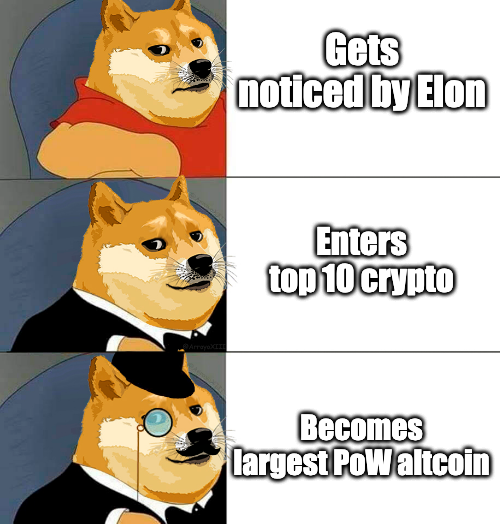 Loving Switch Daily? Make sure to share it with your friends and spread the love 💙